Dmitri Mendeleev, born in 1834 is Russia, was incredibly passionate about Chemistry and wanted to better organise the field.

The periodic table has iconic status and is instantly recognisable.  Using this new table Mendeleev predicted the existance and properties of new chemical elements.  When these elements were discovered he was guaranteed a place in the history of science!  Three of these were actually discovered within his lifetime.

Below is an image of how the table first appeared when presented by Professor Menschutkin to the Russian Physico-chemical society (Mendeleev was unwell and not able to do this himself at the time).  The exciting new ideas were soon published in the main German chemistry publication of the time, Zeitschrift fϋr Chemie 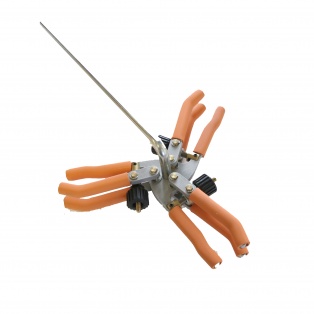 On today, what would have been Mendeleev’s 182nd birthday, we celebrate his work. We can also celebrate the additional 62 elements that have been added to the original table.

On reading more about this great Chemist today around the web we found a great article in the Independant which gives us 5 little-known facts about him that we thought you might find interesting too!

Image below:  A commemorative stamp collector’s miniature sheet showing some of Mendeleev’s original notes. Horizontal lines like Cr, Mo and W (in the third row down) correspond to today’s groups. Note the date, 17 February 1869. (Click the image below to see the original article on the RSC website which has some fantastic additional facts and statistics)

As a little bit of an outside to the world of chemistry (unlike our sales team!) I find it fascinating to learn more about where our current world really comes from and I’m slightly ashamed to admit that, until today, I’d never heard of this very special individual.  It just goes to show how important it is to be part of a team where all of our knowledge and skills can be pooled!  Perhaps you’d like to join in the fun?