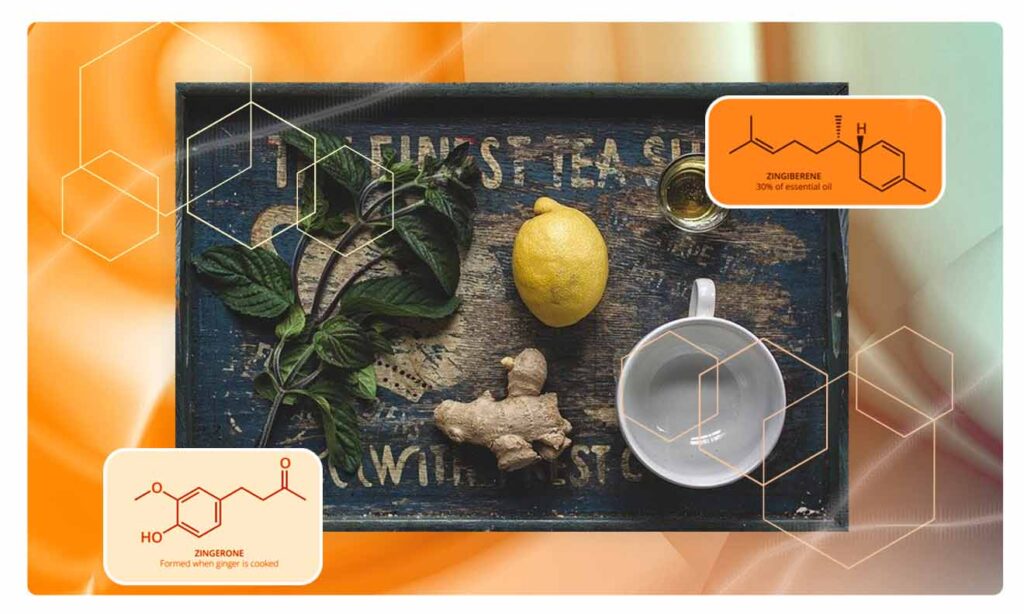 It’s the time of year when we need something warming here in the UK so we start to add cinnamon and ginger flavours and aromas to our food, drinks and homes but there’s so much more to know about with the chemistry of ginger.

A common spice that we typically use either as the fresh root or dried in powder form, ginger has a strong smell and flavour that’s easily recognisable.  The chemical compounds contained in it are altered dramatically when it’s cooked or dried though, changing the way it tastes and smells.

Let’s get down to the details

Like all spices, fresh ginger root contains many chemical compounds such as phenolic and terpene compounds.  Zingiberene is particularly prolific – making up 30% of the essential oil contained in the root.  With heat treatment (or long time storage) gingerols can be transformed into corresponding shogaols.  After hydrogenation, shogaols can be transformed into paradols.    Other things that contribute to the flavour include ß-sesquiphelandrene and ar-curcumene.  And that smell that you either love or hate?  That’s mostly down to compound [6]-gingerol. This particular chemical is not too distant from capsaicin, the compound that gives chillies their spiciness, and piperine, found in black pepper.

The chemical changes upon heating or drying changes both the smell and the flavour. Cooking produces zingerone, which is less pungent, and is characteristic of the ginger flavour found in seasonal treats like gingerbread. It’s less smelly than the gingerols, leading to a differing flavour to fresh ginger. Shogaols are approximately twice as pungent as the gingerols which proceed them which helps explain why dried ginger has a greater pungency than fresh ginger.

What about the numerous health benefits we’ve heard about?

Similar to non-steroidal anti-inflammatory drugs, ginger reduces production of prostaglandins by inhibiting the enzymes that help produce them.  It’s suggested that [6]-shogaol has a strong anti-coughing effect, and could even help reduce blood pressure. Additionally, it may have some anti-allergic effects (which is particularly interesting to me personally as I’ve around twice the “normal” number of mast cells), as it has been shown to inhibit the release of histamine from mast cells.  Histamine is a chemical whose effects manifest as the allergic response to an allergen. An anti-fever effect has also been noted.

Far too many, and too complex to delve in to here, there are a multitude of studies and resources that document how ginger and its bioactive compounds can interfere with the carcinogenic processes of colorectal cancer. It was observed in an in vitro study that a fraction rich in the polyphenols of dried ginger powder suppressed the proliferation of colorectal cancer cells and gastric adenocarcinoma cells.  I reference here a fascinating article I found via the US National Library of Medicine that, if you’re interested, makes for an enlightening read.

A word of warning before you decide to add a jar of ginger to every meal; eating too much ginger can lead to the combined delights of heartburn and diarrhoea so let’s not go there!  I can recommend my own personal gingerbread recipe though if anyone is interested! Taste test approved by the Asynt team of course… 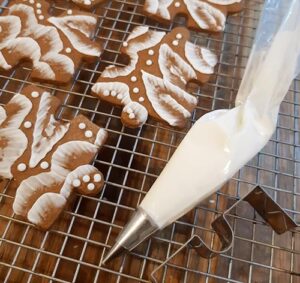 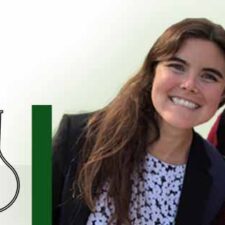 Behind the flask: Sustainable chemical manufacturing 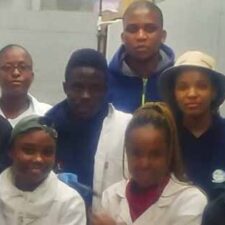 Behind the flask: research into anti-tuberculosis agents