It’s that time of year again, with the Royal Swedish Academy of Sciences announcing this years winner of the 2016 Nobel Prize in Chemistry.

It has been almost 120 years since the death of Alfred Nobel and yet it is thanks to the death of his brother Ludwig that we now have the annual awarding of the prizes that bare his name. Alfred Nobel was a famed chemist and inventor who amassed a fortune in his lifetime from his 355 inventions, the most famous (and deadly) of these being dynamite. Yet upon the death of his brother in 1888 a French newspaper printed an obituary detailing the death of “the merchant of death” Alfred. Whilst reading about his own life Alfred, worried about the legacy he would leave behind him, decided he would donate his life earnings to the awarding of prizes to those whose work had the greatest benefit on mankind in the fields of physics, physiology or medicine, literature, peace and, of course, chemistry.

For a more detailed account of the history of Alfred Nobel and his prizes be sure to read our news article from last year. CLICK HERE!

The winners of the Nobel Prize in Chemistry 2016 have just been announced and we are pleased to tell you that this year it has jointly been awarded to Jean-Pierre Sauvage, Sir J. Fraser Stoddart, and to Bernard L. Feringa “for the design and synthesis of molecular machines”. 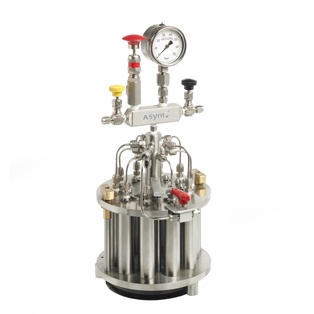 More information on this years winners and their work can be found at:
https://www.nobelprize.org/nobel_prizes/chemistry/laureates/2016/