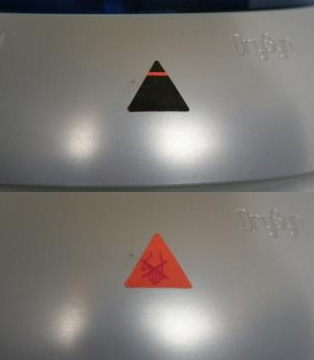 Chemist Alfred Nobel, born October 21st 1833 in Stockholm, Sweden, invented dynamite. We understand that he felt that this invention would end all wars but of course, this wasn’t the case.  In 1888, when Alfred’s brother Ludvig died, a French newspaper mistakenly ran an obituary for Alfred which called him the “merchant of death.”

This wasn’t the way in which Alfred Nobel wished to be remembered so he created a will that soon shocked his family but which brought about the Nobel Prizes.

Alfred Nobel had written several wills during his lifetime, but the last one was dated November 27, 1895 – a little over a year before he died.
Nobel’s last will left approximately 94 percent of his worth to the establishment of five prizes (physics, chemistry, physiology or medicine, literature, and peace) to “those who, during the preceding year, shall have conferred the greatest benefit on mankind.”
Though Nobel had proposed a very grandiose plan for the prizes in his will, there were a great many problems with the will.
• Relatives of Alfred Nobel were so shocked that many wanted the will contested.
• The format of the will had formal defects which could have caused the will to be contested in France.
• It was unclear which country Alfred had his legal residence. He was a Swedish citizen until age nine, but after that he had lived in Russia, France, and Italy without becoming a citizen. Nobel had been making plans for a final home for himself in Sweden when he died. The location of residency would determine what country’s laws would govern the will and the estate. If determined to be France, the will could have been contested and French taxes would have been taken.
• Because Nobel had wanted the Norwegian Storting (parliament) to choose the peace prize winner, many charged Nobel with a lack of patriotism.
• The “fund” that was to implement the prizes did not yet exist and would have to be created.
• The organizations that Nobel named in his will to award the prizes had not been asked to take on these duties prior to Nobel’s death. Also, there was no plan to compensate these organizations for their work on the prizes.
• The will did not state what should be done if no prize winners for a year were found.

Because of the incompleteness and other obstacles presented by Alfred’s will, it took five years of hurdles before the Nobel Foundation could be established and the first prizes awarded.  There have been years where prizes have not been awarded as none were deemed worthy.

We are pleased to say that the Nobel Prize in Chemistry 2015 has been awarded jointly between three noteworthy Chemists; Tomas Lindahl, Paul Modrich and Aziz Sancar “for mechanistic studies of DNA repair”.

Information and images shared from http://www.nobelprize.org with our thanks.