Back in January the IUPAC (International Union of Pure and Applied Chemistry) accepted the evidence indicating that four new elements had been produced, fleshing out the bottom row of the periodic table.  They were given temporary names to start with (such as ununseptium – element 117), but the formal names have now been agreed!  They aren’t any easier to pronounce though…

I was curious as to the origins of the existing elements and how the naming process is done.  Several elements have kept their ancient names, such as copper, gold and silver. Some are named after colours, such as indium, which takes its name for the Latin word for “indigo.” Elements such as uranium and neptunium were named for planets, while francium and germanium were named for countries. Scientists have had elements named after them. For example, curium was named for Marie and Pierre Curie.  The Romans began the practise of element names ending in “-um,” with Victorian scientists continuing the trend. 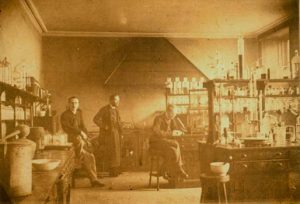 Of the freshly named elements, three of the new names honor the places where the elements were produced whilst the fourth recognizes a key person who helped organize the work involved.

For element 113, Japan is recognized by one of its alternate names, Nihon. The element will be called nihonium, and bear the symbol Nh. The remaining elements were produced by collaboration between the Joint Institute for Nuclear Research in Russia and two of the US’ national labs: Oak Ridge and Lawrence Livermore. Element 115 honors the Russian part of that collaboration with the name moscovium (symbol Mc). 117 handles Oak Ridge by getting the name tennessine, or Ts. Lawrence Livermore has the misfortune of being in California, which already has an element named after it, so it gets left out.

That leaves element 118, which is named after Yuri Oganessian, a key figure in the research on these ultra-heavy elements. In elemental terms, his name leads to oganesson, or Og. 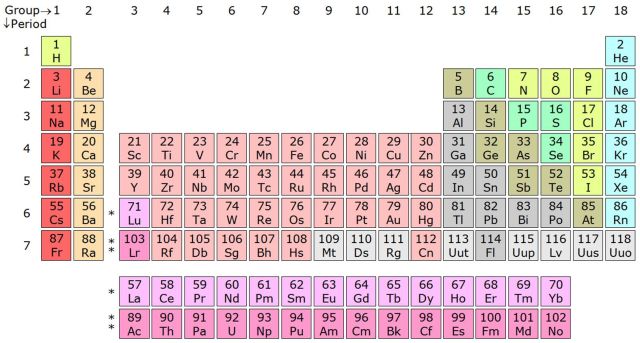 I saw one particular quote in a related article that I had to relate here as it made me laugh:  “The committee involved in this approval notes that Ts, the new symbol for tennessine, is also used as an abbreviation for a chemical group called tosyl. But frankly, it doesn’t care (“this is not considered to be a valid objection,” write the authors who represent the IUPAC). As the elements’ names have been approved by all the relevant parties and the period for public comments is over, fans of tosyl groups are out of luck.”