Home » News & Media » An element of chemistry to the Commonwealth Games

We’re all pleased to be hearing all the exciting news about the opening of the Commonwealth Games 2014 but what we find particularly interesting is the involvement of the chemistry world in the proceedings. 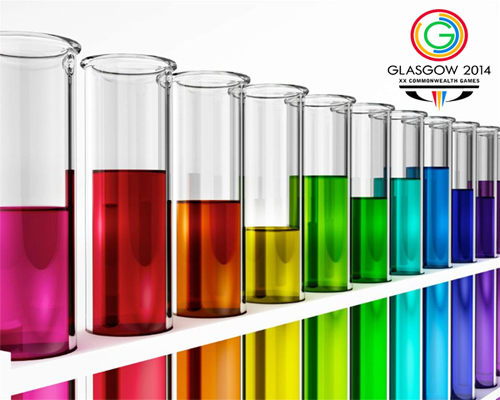 It’s a sad fact that drug testing is an absolute necessity in high profile sporting event and this year the Commonwealth Games Federation has stepped things up a notch with more “intelligent testing”.  Historically a large number of athletes are tested during and after the competition but this is the first Commonwealth Games were testing is being carried out before the event.

A CGF spokesman told BBC Sport: “The CGF has always been committed to ensure that a robust anti-doping programme is put in place during the Games as per our mandate as the responsible anti-doping authority for the Games period, which is defined as the date the Games village opens to the date of the closing ceremony.

“At past Games, this has essentially meant an in-competition testing programme with a proportion of allocated tests being conducted pre- or post-competition, albeit within the Games period.”

The spokesman added there had been a “shift in thinking”, as reflected in a revised World Anti-Doping Agency code, placing “more emphasis on a more ‘intelligent testing’ based on following athletes for a much longer period in the build-up to the Games”.

Wada president Sir Craig Reedie told BBC Sport: “Nothing would be better than everyone leaving Glasgow having had a wonderful time, without a positive test.

“I’m not naive enough to think that is an absolute certainty.”

Reedie said 35 athletes did not appear at the London Olympics because of the pre-competition tests done by an International Olympic Committee and UK anti-doping task force.

He added: “We want these Games to be as clean as possible because we have to protect the clean athletes.”

It is sad that this testing is required, but great that the world of chemistry can play a part in making sure that events like this stay clean, fair, and open to those who really do work hard to be the best.