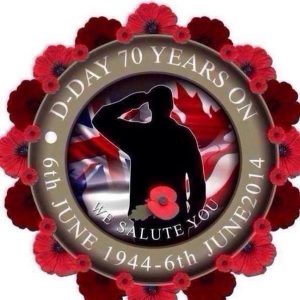 The Normandy landings, codenamed Operation Neptune, were the landing operations on 6 June 1944 (termed D-Day) of the Allied invasion of Normandy in Operation Overlord during World War II. The largest seaborne invasion in history, the operation began the invasion of German-occupied western Europe, led to the restoration of the French Republic, and contributed to an Allied victory in the war.  On this day, the 70th anniversary of D-Day, we remember all those who were involved.