Home » News & Media » Fighting for those who can’t

If you haven’t seen any of the hype surrounding the new Marvel movie, “Infinity War” then there’s a good chance you might have been hiding under a rock!  Already the 5th highest grossing movie ever, Marvel pulled out all the stops on this one.
I’m not going to let loose with any spoilers here so don’t panic!

As a huge Marvel fan (geek alert!) I was quite taken by the wording of the audio track over the trailer though.  It talks about assembling these extraordinary individuals on behalf of the greater population, people who “….could fight the battles that they never could”.  This made me think of the scientists who work every day to battle the things which so many of us, and the people we love, fight personally every day.

I’m talking about the people working to fight alzheimer’s, multiple sclerosis,  the multiple forms of cancer, arthritis, aids … the list is unfortunately endless and these few conditions plucked at random shouldn’t be considered any more than those which are not mentioned.  The work carried out in a chemistry lab can not only save someone’s life, but it can change the life they were given. It can change existing into living, it can change pain into comfort, and change quarantine into communities.

Key character from “Infinity War”, Dr. Stephen Strange, is a brilliant but apparently egotistical  surgeon in the Marvel world but was forced into a new path when a car accident robs him of the use of his hands.  He takes a slightly unorthodox path when searching for a way to repair the damage and ends up as the student of an old sorcerer (“The Ancient One”), learning many powerful spells.  He also picks up a couple of mystical objects for his costume which give him added powers; energy projection and manipulation, matter transformation, animation of inanimate objects, teleportation, illusion-casting, mesmerism, thought projection, astral projection, dimensional travel, time travel and mental possession, to name a few.  How handy would some of those be in the lab?

So, ok, what we do here at Asynt isn’t directly working on these life-giving or life-changing treatments and we can’t draft in Dr Strange to manipulate inanimate objects to give you innovative new tools  but it is incredibly important to us that we do all we can to support those of you who are working on them! 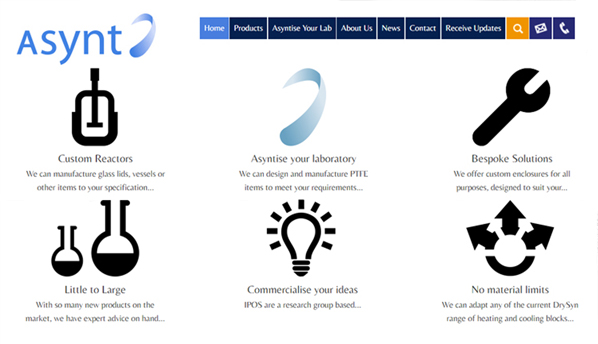 We want to give you the very best tools, with the safest possible working practices, with the least impact upon our fragile planet.   Our motto is “Collaborate, Innovate, Create” and that’s what it boils down to.  We want to open that conversation with you.  We want to know what you need.  Together we build a stronger force to fight those battles!

What do you need?