With what seems to be a celebrated day of the year for every occasion it would be remiss of us to ignore World Baking Day on Tuesday 17th May but we’ll look at it from a Chemists view point.

The phenomenon that is the Great British Bake Off (or “GBBO”) is British TV show where twelve home bakers compete annually to test every aspect of their baking prowess, judged by famous cooks Mary Berry and Paul Hollywood.  The makers now have a new angle though: they have taken a select group of top chefs, set them against each other in the kitchen, and produced “GBBO Creme dela Creme” and tonight is the grand final! You can see from how meticulous the chefs are just how precise a science baking and the associated arts really are.

There is definitely a correlation between this form of science and the way we work in the laboratory; carefully configured quantities of reactants, the method in which they’re combined, the speed in which they’re combined… only if you don’t follow the correct methods in the laboratory you’re left with possible safety issues and catastrophe rather than a cake you could use as a door stop…

There is definitely an art to baking,” said Yael Vodovotz, a food-science professor at Ohio State University. “There’s a science to it, too.”

At Ohio State’s Food Science and Technology Department, Vodovotz’s research focuses on healthful, functional foods that might help prevent chronic diseases. For example, she has worked on a soy-based bread with properties designed to combat prostate cancer.

“Food is very complicated,” Vodovotz said. “A lot of our (food-science) students go through pre-med because it’s heavy in the basic sciences.”

Take cakes, for example. Each ingredient has a job to do. Flour provides the structure; baking powder and baking soda give the cake its airiness; eggs bind the ingredients; butter and oil tenderize; sugar sweetens; and milk or water provides moisture. Combining the dry and wet ingredients puts them to work — the proteins in the flour bond and create gluten, giving the cake its flexibility. Eggs hold the mixture together. Baking powder and baking soda each release carbon dioxide, adding bubbles to the batter, helping it expand.

It’s important to mix dry ingredients in the right order, Vodovotz said. Each dry element is competing for water. “Depending on which is the stronger competitor is where the water will favor,” she said. “If you put in the wrong ingredients first, (the batter) will tend to clump because then they don’t have enough water.”

A cake batter that flows means that the hydration is consistent. But be careful not to over-mix, Vodovotz said. “When gluten aligns, the proteins align with strands,” she said. “If you keep mixing, it will be too runny, and it won’t hold. You’ve disrupted the networks that are formed.”

The ingredients change again when the batter is in the oven. The starch portion of the flour gels — with help from sugar — and creates a weblike structure that traps water and provides moisture. The carbon dioxide from the baking powder or baking soda will expand the cake. Gluten holds those bubbles in place (think of a balloon that contains air) while the fat from the oil or butter lubricates the process.

“When it bakes, the whole protein network hardens and holds the bubbles in cakes,” Vodovotz said. “That’s why when you take a cake out early, the cake can collapse because a structure hasn’t set yet.” Also, if there is too much baking powder or baking soda, the bubbles will float to the top and pop, sinking the cake. Adding too much also can give a baked good a chemical taste.

Think of baking as a lab experiment, said Patricia Christie, a chemistry lecturer at Massachusetts Institute of Technology who taught a Kitchen Chemistry class for 12 years. The class served as an undergraduate chemistry lab. Most experienced home cooks follow a recipe the first time they use it but alter it the next time based on results, she said. “You’re performing the scientific method to the recipe. You are making an assumption, testing the theory and coming up with a conclusion.”

She points to boxed cake mixes, which say 50 to 75 strokes are needed to mix the batter. “They have cooks test recipes,” she said. “One person mixes it 40 times; another person, 60 times; and another person, 100 times, to figure out the best range.”

In the same way, we look at previous results that either need to be challenged or duplicated and work the parameters of our experiment accordingly. Using the DrySyn heating and cooling blocks allows you to reproduce and control temperatures throughout your work in a way that simply isn’t possible with oil baths for example. Compare it to the change from old baking tins to the modern equivalent where the heat is spread evenly and the reaction is consistent throughout! In addition, Asynt has a long term relationship with IPOS (Innovative Physical Organic Solutions, a research group based within the University of Huddersfield) where complexities associated with optimising and scaling-up laboratory processes are explained as this is something not generally taught in universities. As such, graduates entering employment often have little experience in the requirements of industrial process development. Asynt work closely with IPOS to provide essential tools and know-how for efficient process understanding and optimisation particularly with our ReactoMate CLR system. Several such factors are assessing how various types of agitator, the size and shape of the reactor and the addition of baffles affect mixing capabilities.  Together we have developed a custom baffle kit for some of the most popular sized vessels which has proven helpful.

There are simple changes that can be made that can drastically alter the results. Get in touch to discuss your issues so we can help!  You can email our chemists at [email protected]

In the meantime, here’s our effort for World Baking Day! 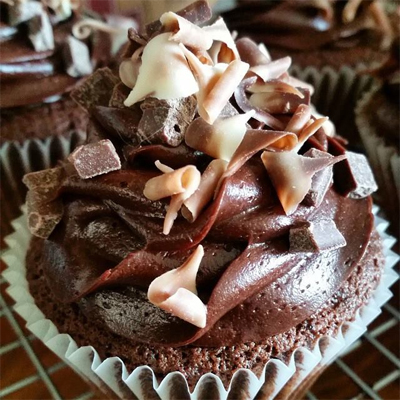