You might have heard the adverts on the radio about the impending changes for our regular petrol this summer here in the UK.  The standard petrol we have been using is branded as E5, which basically means that it contains up to 5% renewable ethanol but the replacement is branded as E10 meaning that it contains up to 10%.  By using less fossil fuels we can reduce our negative impact on the climate.  Our diesel will remain unaffected at this time however. 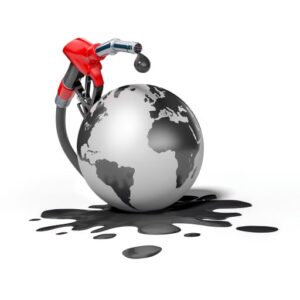 Why is renewable ethanol in our petrol important?

By making the change to our regular petrol this summer with this addition, we are told by the UK government that there will be a significant reduction in CO2 vehicle emissions.  CO2 is one of the greenhouse gases that contributes to climate change and this reduction could reduce emissions by 750,000 tonnes per year.  That’s apparently equivalent to taking around 350,000 cars off the road.  This fuel is actually already widely in use worldwide, including across Europe, the USA and Australia, so we’re a little behind in the UK.

‘Renewable Ethanol’ is produced from agricultural raw materials, such as cereals and sugar beet, as well as from waste and residues such as straw. 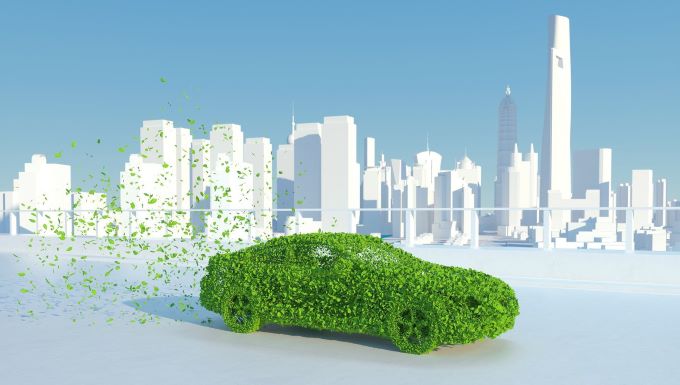 Are there any negative implications of the changes to regular petrol?

It’s obviously very significant that CO2 emissions should be reduced, but unfortunately this change will have little impact on emissions associated with air quality and therefore public health.  It will also make your car approximately 1% less fuel efficient.  Your driving style, or having under-inflated tyres for example, would have far more impact than this on your fuel economy though so it really isn’t a bad trade!  Petrol mixed with ethanol does have a shorter shelf life and will go stale sooner than pure petrol but this won’t affect the majority of people.

So I should swap to this as soon as I see it on my local forecourt?

Not necessarily!  Whilst the E10 petrol has been utilised since 2016 for emissions and performance testing, and is suitable for all cars built since 2011 and most cars and motorbikes made since the late nineteen-nineties, if you have an older car or motorbike – perhaps a much-loved classic – then you need to be careful about the fuel you choose moving forwards.  Ethanol can wreak absolute havoc with an older vehicle, as I’m frequently reminded by my husband who has a beloved collection of classic motorbikes, ranging from a 1925 Sunbeam model 5 (pictured below), to a 1960 Panther M100.  If he were to inadvertently add this fuel to their tanks it would eventually prove catastrophic.  Even the “posh” E5 petrol leaves a nasty green sludge over the engine parts, particularly the carburettor, and even with the added fuel stabiliser, it is constantly in need of cleaning. 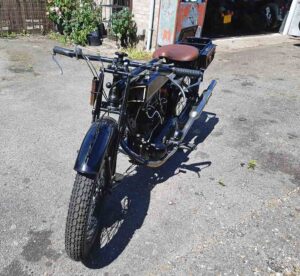 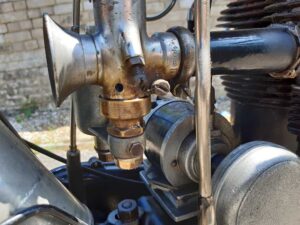 Even kept clean, you can see the residue here.

In addition to the much older vehicles, some specific cars (particularly from the early 2000s) and some mopeds (particularly those with an engine size of 50cc or smaller) are unfortunately not compatible with E10 so it’s worth checking.

What harm could ethanol do?

Ethanol is hygroscopic.  Basically it very easily absorbs water – it will actually absorb water vapour in the form of humidity from the air.  This water leads to condensation in fuel tanks, fuel lines, and in the carburettor.  Because of this the high water content in E10 fuel will also swell paper filters used in some fuel filters.

Water in fuel systems can lead to water contamination and/or fuel phase separation.  If contaminated or separated fuel gets into your engine some serious (sometimes irreparable) damage can be caused.

Most importantly in terms of classic vehicle maintenance and use, ethanol is a highly corrosive solvent.  It helps rust to form where air meets metal that was previously submerged in it.  Obviously that’s a serious potential safety risk for older petrol tanks for example.  It will also eventually completely disintegrate fiberglass, plastic and rubber – materials that make up many parts in older engines.

There is a handy online tool supplied by the UK Government where you can enter your vehicle’s specifics and it will advise you.

You can find this online here: https://www.gov.uk/check-vehicle-e10-petrol

And what do I do if it isn’t compatible with the changes to regular petrol?

You can choose to make changes to your engine set-up; replace old rubber or plastic fuel lines and use ethanol-resistant hoses or nylon tubing, swap fiberglass fuel tanks with a stainless steel tank (hard to do with a motorbike), add a water separator filter in the fuel line to the carburettor, change out any O-rings, or use a non-alcohol based fuel treatment.

You could also continue to use the old E5 petrol which is the “super” grade (97+Octane) which isn’t cheap but could save you a fortune in the long run!  You could change to a specialist fuel (such as Aspen) which carries no ethanol whatsoever but there is a huge fiscal implication to doing this!

Using E10 fuel will not affect whether you are able to drive in, or have to pay to enter, a clean air zone (CAZ), low emission zone (LEZ) or ultra-low emission zone (ULEZ). This is determined by your car’s Euro emissions standard and not by the fuel used.

Do you have a precious two or four wheeled classic that you’ll be nurturing through this essential environmental update?  We’d love to see a photo so please do tag us on Instagram or Twitter!  I’ve shared some of ours, past and present, below to get you started! 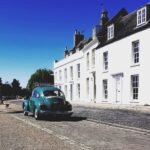 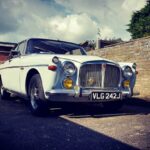 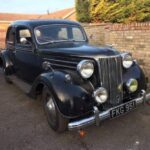