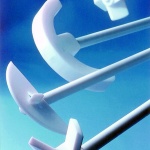 As you can probably tell from the photo of our drinks shelf above, the Asynt team are quite partial to a good cup of tea…  When Dr Arran Solomonsz visits family in Sri Lanka he’s always kind enough to bring back a large selection of beautiful tea for us to indulge in, and no matter where else the rest of us travel to you can be sure that tea will be involved somewhere.  My absolute all-time favourite is a South African brew called Kwazulu but it’s fairly hard to come by; Deep in the KwaZulu-Natal heartland is an estate called Ntingw that is producing this, one of the most exclusive teas in the world. And Ntingwe tea is not only creating a stir among British connoisseurs – it’s also bringing employment to an underdeveloped area, and encouraging local “outgrowers” to grow tea on their own land. The Province’s development agency, the Ithala Development Finance Corporation Limited (Ithala), established the Ntingwe Tea Estate in 1987 in a remote part of KwaZulu-Natal, near Nkandla – an area with unemployment and illiteracy rates of up to 60%.  This tea is bringing employment and money to the area.  Amazing what a great cup of tea can do!  And for the Chemist, perhaps a teapot and mug like these is the way forward? That pot would fit perfectly in a DrySyn heating block on one of our super-safe Magnetic Hotplate Stirrers!

Tea chemistry is complex though. Not just because there are now thousands of flavours and varieties of blends!  On the bush, tea leaves contain thousands of chemical compounds.  When they are processed these compounds break down, form complexes and form new compounds. When we steep tea leaves, our senses are tingled by the thousands of volatile compounds (collectively known as the “aroma complex”) from the tea liquor and the thousands of non-volatile compounds and the complexes between them, not all of which are water soluble, and the ones that are water soluble are soluble at a function of the properties of the water used for steeping like temperature, total dissolved solids, pH, etc.

So all of this makes it very difficult to generalize and say that x chemical is responsible for y taste. Many tea chemicals have been categorized into broad groups, and collectively we have some idea of what happens to these groups during processing and what flavors and aromas they are responsible for. As tea gains popularity, there is no doubt that more research will be done on tea chemistry and we’ll have a clearer picture of what is going on chemically from the field to the cup in your hand!

Plant leaves are of course made up of mostly water so when they are removed from the plant they begin to wilt and lose that water just like any other plant.  This is a process called “withering” in the tea industry. As tea leaves wither, their cell walls begin to break down and the chemical components inside come in contact with oxygen and each another, spurring on a group of reactions we call oxidation. Over the years, tea producers have learned to control the natural tendency of tea leaves to wither and oxidize in order to produce a finished tea that has a desirable appearance, aroma, flavor, and taste using methods we’ll refer to as tea processing.

Amazingly, for hundreds of years tea makers have produced drinkable teas using principles of withering and oxidation with no knowledge of the underlying chemistry.

It’s a bit of a British stereotype to say that as a country we drink a lot of tea, and think that a “cuppa” will cure all ills, lessen all sorrows, and generally set the world right but most of us have no idea why a cup of tea might truly be good for us.  To discover the fundamentals of tea’s health benefits, scientists in Germany have investigated the interactions of compounds from tea with cells on a molecular level.

Both green and black tea contain around 30,000 polyphenolic compounds, some of which have been shown to have numerous health benefits, including reducing cardiovascular disease, osteoporosis and inflammation. Despite their positive effects, which have been seen in epidemiological findings and clinical trials, their exact biochemical mechanism is still not clear. Polyphenols can act as antioxidants, and for a long time this was thought to be the reason for their health benefits. However, recent studies have shown that this only plays a small part in their effectiveness.

The scientists found that the polyphenols bound to the proteins and the DNA, but also that two major polyphenols showed selectivity for binding to quadruplex DNA over double-stranded DNA. Quadruplex DNA makes up the telomeres at the ends of chromosomes, which protect the chromosome from deterioration (for example, through ageing). ‘One can speculate that any compound able to bind to the quadruplex stabilises it and prolongs the life-span of an organism,’ says Kuhnert. ‘Additionally, the telomere plays an important role in cancer therapy.’

Susanne Henning from the Centre for Human Nutrition, University of California Los Angeles, US, comments: ‘It appears to be highly sophisticated chemistry. However, as the authors point out, this is only an in vitro study. There are limiting factors for the tea polyphenols being taken up and highly metabolised and excreted rapidly in the urine.’ Kuhnert agrees: ‘For this work, it needs to be urgently established whether any phenolics accumulate in the cell nucleus of human cells under dietary settings.’

The team hopes that this work will spark new avenues of research in tea polyphenols and are planning to continue their work on the characterisation of processed foods, identifying compounds with interesting biological activities. They are particularly interested in black tea, caramel and roasted coffee, and are just beginning to investigate cocoa, which is even more complex than tea.