It’s that time of the year when the sales of a certain fruit soar, in preparation for a night of trick-or-treating and bonfires, once the jack-o’-lantern has been carved. Yes, to usher in November, we go crazy for pumpkins in celebration of Halloween. 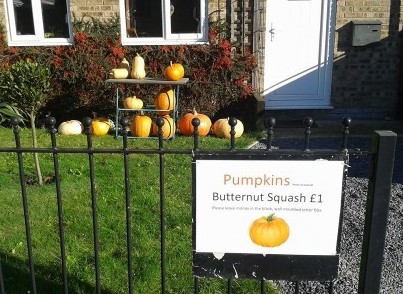 However, the carving isn’t the only use for this fruit during this festivity; pumpkin-spicing can be added to many foods to enhance the flavour and give it that warm wintery taste. However, pumpkin is not usually the intended flavour constituent. Pumpkins contain volatile species, but they’re not actually of a tangy or sugary nature, which usually appeals to those with a sweet-tooth. Generally, the ‘pumpkin-spice’ consists of a mix of a sweeter squash fruit, from the same family as the humble pumpkin, and ‘wintery’ spices such as cinnamon, nutmeg, ginger and clove. Although natural flavour may be produced by steam-distilling pumpkin spices or performing extractions with solvents in a traditional fashion, it is difficult to control both the sweetness and intensity of flavour using these routes (ref: Kantha Shelke, a food chemist with food science research firm Corvus Blue and a spokesperson for the Institute of Food Technologists).

The large-scale synthesis of analogues to produce molecules virtually identical in flavour is a more attractive solution. The abundance of flavour compounds in natural spices is far beyond the detectable limit of the human tongue, so derivatives may be used as substitutes –  cinnamic aldehydes for cinnamon, eugenol for clove or allspice, terpenes such as sabinene for nutmeg, and zingiberene for ginger. 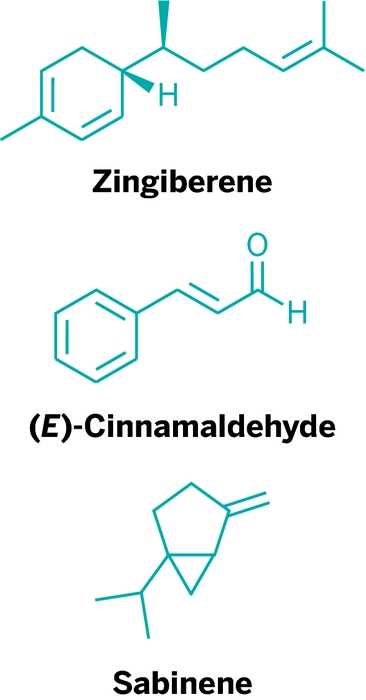 Alone, however, spice compounds won’t create an appealing food flavor. A few Maillard reaction products can create a caramelized, slightly burned note, or a compound to evoke wood-fired ‘winter’ flavour, “is what takes things from air freshener to food product,” according to Shelke. As for exactly what notes combine to complete a pumpkin spice flavouring—“those are the treasured secrets of the chemist,” she says. Myself, I’m quite happy with the recipe those chemists have put together, here’s to a pumpkin-filled Halloween!